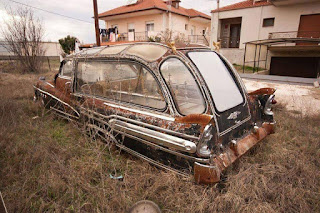 Everyone says that the middle of the novel is the toughest. I discovered that for me it was another part.

Once I got the story rolling I could just go on forever. The characters don't want to stop. They take the wheel and roll.

Sticking to the story outline I got to the end of the story but how and where to tie it off?

In this case it is very important because going in the reader knows there will be a sequel. It has to end at a logical story point. But it also has to end in such a way that the reader WANTS to return for the sequel.

Email ThisBlogThis!Share to TwitterShare to FacebookShare to Pinterest
Labels: The Process