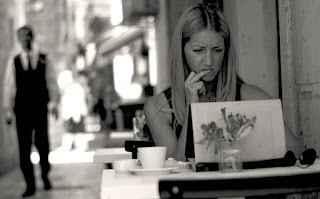 If you are easily offended, you may want to skip this post. Any post I write that begins with "I believe" will likely piss someone off. Today is no exception.

I believe Writer's Block is Bullshit.

I talk to a lot of writers and they marvel at my ability to write a novel every six months even though I work full time. I currently write at about 10,000 word a week on average.

When it comes to Writer’s Block you may be an excellent writer, you just absolutely suck at planning. Your process sucks. If you honestly want to stop getting Writer’s Block you must have the guts to CHANGE your shitty process. Both of the most common failures in process, the blank first page and hangs in the middle, are solved with the same tool. Planning.

This is where people start to say, “Oh that’s not my method” or else “I let the characters go where they want” or “I let the story write itself”. Here is the prime grade A Bullshit. The Bullshit lies people tell themselves because they need excuses to lie to themselves. Your process sucks. You're crippled by fear even. You don’t want to finish because people might read it and give you a one star review. You are a coward and don’t have the guts to change your process and finish things. Or even start things.

Here is a list of things that will cause you to fail, have caused me to fail:
Add each of those to the great pile of Bullshit that is the excuse called Writer’s Block.

All of these things mean you didn’t have a detailed enough plan before you sat down at the computer. I use outlines now. I also use long bullet lists of descriptions of places, characters, things, scenes and plots. A bullet may look like this:
That is the seed for an entire scene in my current novel. It became 2000 words in an event that is the exact opposite of BS Writer’s Block, a Writer’s Torrent.

Writing a novel is like taking a cross country trip. If I wanted to Drive from DC to LA I am not going to just get in the car and drive where ever my random whim takes me. I’d end up lost in Canada somewhere because so many roads here around DC go North.

Before I even get in the car I get a map and not only decide what direction to go, what roads to take but what interesting things I will see and do on my trip. If I happen to drive by the worlds largest rubber band ball I may visit it. I will get to LA even though it may not be the most direct route. Before I even get in the car I know where I am headed. No hesitation. No fear. No road blocks. No Bullshit. I know I will stop at Waffle House.

Your Mileage May Vary...