I recently crossed what I call the Cheaters, Bleaters and Seaters barriers. In other words, I now require reading glasses, I snore like a congested goat and I opt for sitting over standing when given the option. That said, I love to hike and backpack. I recently did an in and out hike along the Highline Trail in Glacier NP, USA. I won’t lie. I did consider the tactical challenge of getting a S&R helicopter up there while I was crawling up the Garden Wall leg to the Continental Divide, but I made it. Not sure what it says about me that the highlight of the hike was being chased by a mountain goat, though.

I live in world famous Las Vegas, NV. I will tell you now, what happens in Vegas does not stay in Vegas. It goes on Youtube and will haunt you ‘till your death. So, if you are coming here, we don’t judge you, but clothing optional on the Strip really isn’t a thing.

I have three dogs, one of whom I’m certain was spawned by Satan, and a cat who is an asshole and only answers to ‘Your Majesty’. I love them all, though. 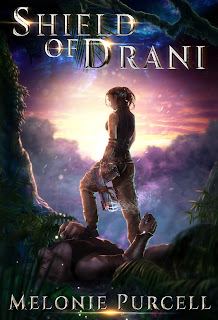 When Krea discovers she is a shapeshifter, she must survive evil faeries, hostile elves and a magical forest as she stuggles to reach the capital, or else she will lose her human form forever and the Empire will lose their freedom.

Steal the bag. Don’t get caught. Repeat. Not the most glorious existence, but Krea likes it just fine.

When Sorin, a cranky old soldier, barges in and decides to take over her life, Krea is less than enthused. Sure, he saved her from a brutal death at the hands of the guards, and he did stop decrepit faerie monsters from eating her. But declaring she isn’t human and dragging her through a cursed forest to the Royal City is going too far.

Now, she is eyeball deep in magic wielding nobles, shapeshifting dragons, assassins and an ancient elf war that could destroy the Empire. Her cloak is too small. Her horse thinks she wants to eat it and her companion resents her very existence.

And then there’s Dane. 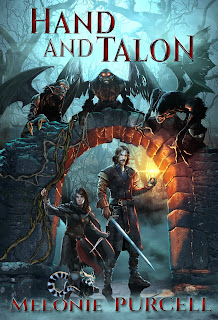 Don’t tell, but I’m halfway finished with Dagger of Drani, book two in my World of Drani series. I know I’m supposed to be writing Feather and Bone, book two in the World of Kyrni series, but Nevvis and Taymar won’t shut up and leave me alone, so I have to finish their story first. They are the eldest after all.

My office. Boring, I know. But I just can’t write as well anywhere else. I have two monitors and pictures of my maps and characters all around me, so it works.

Write it. Look it over once, only once, and then leave it alone until you are finished with the whole book.

Also, keep a bible and add to it continuously. If your character farts on some dude named Rectarius while using the loo, add that name and page number to your bible, because I promise you, Rectarius will later have possession of the spell that unlocks the gates of Toridor and you will spend four days trying to figure out how he spells his name and what color shoes he was wearing.

I’m not sure if it’s my favorite, but I am fascinated by youtube.com. It somehow houses a time vortex and it always ends in cats. You can go to Youtube looking for a video on how to fix your dishwasher and six hour and forty-six videos later, you are trying to figure out how that cat managed run up that wall. I’m mostly sure somethin’ shady is happenin’ there.