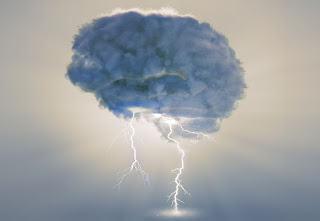 For me, writing is a pretty solitary activity. The only exceptions being my writers groups.

Next week I will have a brainstorming session with them regarding a future project. I have a seed of an idea, a setting, a pile of characters, a few plot points, locations, and even a couple space ships.

I give the writers group the seed file with all these details and then we brainstorm.

I want to be able to decide on who will be the protagonist, antagonist, what will be their goals, their conflicts, their strengths and weaknesses.

My writers group can also help me keep things original, avoid tropes, and even avoid names or plots that have been over used.

I prep for the brainstorm I like to create a character list. It contains the characters name, a short bio describing their role, and even a photo of them from the Internet. I typically use actors from IMDB. Sometimes I even use people I know!

Here is an example:

Lloyd spends most of his days doing "bullshit work that we should have a goddam bot for!".

He is not an Engineer. He is a maintenance guy. He spends most of his time fixing the air circulation systems. They have ancient CO2 scrubbers and air handlers he bitches about constantly.

Even though he has a low paying, long term contract, he has a sort of pride in the base. He keeps it as clean as possible. He is obsessed about painting. He never has enough paint. He always complains about being treated like a janitor, but no one treats him like that.

They think he has PTSD.

No one seems to know where he sleeps.

It's really important that you do this with people in the right spirit. Keep the brainstorm positive, record all the ideas. Allow it to go anywhere. You never know when the craziest idea may be a great catalyst for a great story. You can use all or none.