This week was a reading twofer: I read World's Edge and The Wind and the Void by Ryan Kirk.

Here are the descriptions from Amazon: 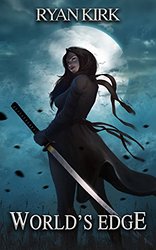 Book Two of the Nightblade Trilogy:

Two cycles have passed since Ryuu lost his adopted father, and he dares to hope that he’s found peace at last. But nightblades live by the sword, and when a new breed of warrior threatens the Southern Kingdom, Ryuu and Moriko are pulled to opposite edges of the known world to uncover mysteries that have lain dormant for hundreds of cycles. As the Three Kingdoms descend into chaos, the two nightblades must decide what they stand for. There’s no place to hide, and the secrets they reveal will have the power to change the world forever.

Book Three of the Nightblade Trilogy: 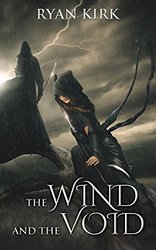 The invasion is here. Already decimated by civil war, the armies of the Three Kingdoms struggle desperately to mount a defense against a force stronger than any they have fought before.

In the midst of the chaos the actions and choices of a select few will shape the future of the land. Akira prepares to give up his Lordship. Ryuu wanders the Southern Kingdom, searching for a reason to fight. Moriko sits quietly, biding her time before she leaves the Three Kingdoms for good. Finally, across the Three Sisters, Nameless fight to keep his fragile alliance of clans together.

A new age is dawning in the Three Kingdoms. An age born in blood and sacrifice. An age shaped by the wind and the void. . .

--I really enjoyed these. Thumbs up!