Tell me about yourself.

I worked in television, wrote screenplays (none sold but one was produced), I wrote genre fiction off and on for about twenty years (all Kindle published), then in 2014 I began work on a literary novel. About myself: I am Southern and just like the old anchorman, John Chancellor used to do, I introduce myself as “an out of work newspaperman.”

Let’s go with Shackleton Crater, it’s a “hard science,” space book. The inciting incident is when a group of astronauts in Low Earth Orbit commit to an unexpected lunar mission and a damaged thruster crashes four of them on the Moon’s south pole, in Shackleton Crater. 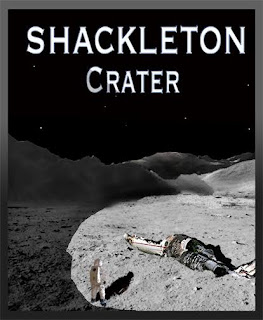 Everyone interested in Apollo history, and everyone who read Sir Ernest Shackleton’s South, you will want to read Shackleton Crater. It’s a mash up that gets the exploration and the historic personalities right. It will also give readers a glimpse into some of the technology we will see in the 2020’s.

After the American Civil War, about sixty-thousand dedicated Confederates emigrated to Brazil to re-establish Dixie. A few succeeded. I am working on an epic novelization of some of that history. The book follows two main characters from South Carolina to Texas and New York City and Mexico and Honduras and Cuba and Amazonia and Rio and Americana, Brazil and ends on a road to Paraguay. It is about letting go and embracing, and it gives readers a rare, accurate understanding of the Confederate cause.