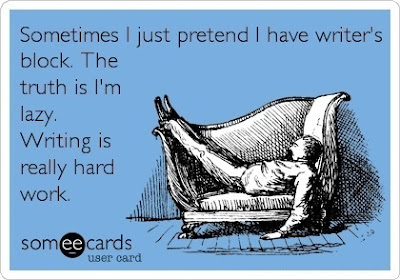 "There is no such thing as writers block. It’s a cop-out term employed by people who are either lazy or simply not prepared to admit that whatever they’re supposed to be writing isn’t working as they think it should or, more likely, hoped it would."

Did I just jinx myself by posting this during NaNoWriMo?
Posted by Marty at 4:30 AM