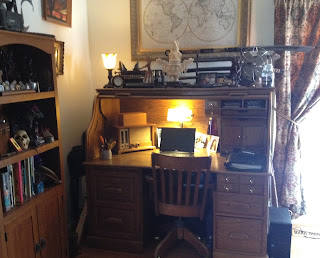 A hunch is creativity trying to tell you something.
—Frank Capra

There’s no money in poetry, but then there’s no poetry in money either.
—Robert Graves

Everybody has talent. It's just a matter of moving around until you've discovered what it is.
—George Lucas

The only thing that gets me back to directing is good scripts.
—Steven Spielberg

Tell a story! Don’t try to impress your reader with style or vocabulary or neatly turned phrases.
—Anne McCaffrey

We write to taste life twice, in the moment and in retrospection.
—Anaïs Nin

I just write what I want to write. I write what amuses me. It's totally for myself.
—J.K. Rowling
Posted by Marty at 4:00 AM