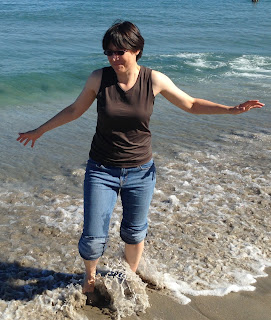 Tell me about yourself, Elena?

I guess the most relevant moment in my life for our purposes here is that I moved with my family to Russia shortly after the collapse of the Soviet Union, and spent the next couple of years undergoing immersion training in Russian and witnessing the desperate struggle for survival that was post-Soviet Russia, but also going skiing, ice-skating, mushroom gathering, and picnicking in the woods.  Since prior to that I had spent most of my time horseback riding and camping in my native Kentucky, doing outdoor things and communing with animals and with nature seemed like a natural thing to do, and I incorporated a lot of that into my work.  After Russia (sounds like a book title, doesn’t it?) I lived in England and Italy for a while, before returning to the US.  I ended up studying Russian in college and in graduate school.  While I was in grad school I spent a couple of summers studying Finnish in Finland, and discovered that communing with nature is a big thing there too, so I spent a lot of time outside soaking up the midnight sun (and eating doughnuts.  Doughnuts are big there).  I did go on an adventure above the Arctic Circle, like my heroine, but it was in midsummer, not midwinter!  Maybe one day I’ll visit the Arctic again; I’d like to see the Northern Lights in person. 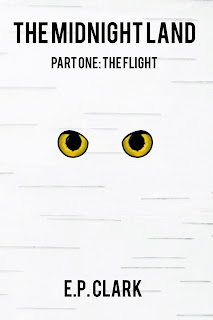 When a group of explorers ventures on a mapmaking mission beyond the sunline, Slava, second in line to the throne of Zem’, must face what she discovers on her journey and gather her courage to do what must be done, or else a treasonous curse could destroy her and everyone she cares about.

In “The Midnight Land, Parts I and II,” the first installment of the Tolstoy-meets-Tolkien epic fantasy series “The Zemnian Trilogy,” we meet Slava, younger sister to the Empress of all of Zem’.  Tormented and half-outcast due to her gifts of empathy and clairvoyance, Slava tries to escape the intrigue of her native kremlin by joining a mission to explore beyond the sunline, the unmapped Northern edge of the greatest country in the Known World.  But instead of escaping her destiny, Slava is plunged even deeper into internecine plotting, and finds herself and her gifts the target of the spirits of the forest, and even the gods themselves.  Hailed as “a tale of power, fear, and bravery set in the brutal and beautiful landscape of the frozen north,” “a surreal, almost mystical-feeling book,” and “Beautifully unique and rich in a Central European and West Asian feel that comes together with a surprising and wonder-filled world,” “The Midnight Land” combines the genre of high fantasy with the “big questions” of Russian literature in a subversive exploration of gender, culture, and morality.

The next installment in “The Zemnian Trilogy,” currently titled “The Breathing Sea.”  I should mention that, although the trilogy is indeed a trilogy in that it has three stories about three central characters, each book so far has been so long that I’ve had to split them up into multiple volumes.  If you like to read, you will not go away hungry!
What is your favorite beverage while you write?  In the morning I drink this ostensibly healthful (or so I tell myself) concoction that is basically a mocha but also has things like turmeric in it.  In the afternoon I drink kombucha.  I was very excited to discover that kombucha is a traditional drink from Siberia and Central Asia!

Well, I spend a lot of time on Wikipedia, since if you want to find out, say, how to say “The Lord of the Rings” in Russian, Wikipedia is an awesome resource for that.  Also, since I do a lot of translating, Russian translation and morphology sites like Multitran, Slovari.yandex.ru, Wiktionary, and Starling.ru.