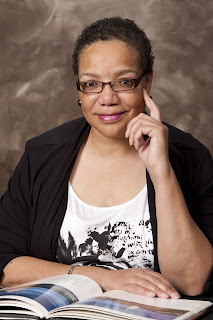 Tell me about yourself, Roxanne.

When I was a child, I discovered wonderful and strange new worlds through my local public libraries and bookstores. I think it was then that I decided I wanted to write for a living. Even so, it took me decades to realize it, despite having won a story competition when I was ten. I mean, I wrote stories, but they were for my eyes only. Later, I submitted a few mysteries here and there, but they were rejected. Pfft—so much for that. So I’m an attorney by day, and a writer by night. I’ve two books under my belt now, and of course, I’m itching to write more, more, more…

I much prefer being a writer to an attorney. Reality is so highly overrated.

Tell me about your current project. 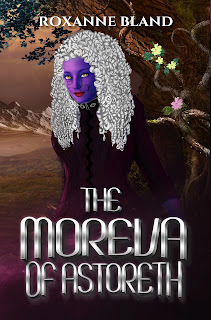 Temporarily exiled to a foreign land, when priestess Moreva Tehi falls in love with the chief of his village, she must concoct a plan to outwit her goddess lest she be executed for breaking her most sacred vows.

In the service of the Goddess…

The stubborn, spoiled, favored granddaughter of the Devi goddess Astoreth, Moreva Tehi has neglected to perform her sacred duty and now she must be punished for her transgression.  Temporarily banished from Temple life, she is dispatched to Mjor—a backwater village in the Syren Perritory—to assume the roles of custodian of the landing beacon as well as the spiritual leader and commander of Astoreth’s garrison stationed there. In this perilous place of wild beasts, outmoded technologies, and harsh seasonal change, a fragile peace exists between the distrustful hakoi and the hated Devi, held together by an iron-clad Protocol—whose laws, if broken, could lead to war.

She will discover an ally in the kindly village healer Hyme and a dangerous adversary in Kepten Yose, her subordinate. But the gravest threat to Tehi’s future is the Mjoran chief, the charismatic, golden-haired Laerd Teger, whose elusiveness and cool disdain the Moreva finds both infuriating and fascinating.  For it is he who will impel her to break her most sacred vows and seek out the dark secrets of her gods and her world, setting them both on a course that can only lead to damnation and death.

Aside from promoting the Moreva of Astoreth, I’m continuing a WIP about a werewolf, a vampire and a mage whose individual powers are unexpectedly lost and/or mixed within each other after a spell the three had tried to cast had gone wrong. Now each has to regain his/her powers before they are found out and all hell breaks loose in the city.

What is your favorite beverage while writing:

Favorite beverage while writing: It rotates between Diet Coke, hot tea (especially in the winter), and water.