CALL FOR SUBMISSIONS: Silence of the Apoc 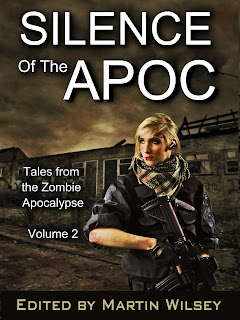 This is the foundation document for the short stories in the SILENCE of the APOC anthology.

Here is a set of common items all the submissions must include:
--Please direct any questions to Martin Wilsey, martin.wilsey@gmail.com.

Email ThisBlogThis!Share to TwitterShare to FacebookShare to Pinterest
Labels: Anthology