Tell me about yourself, Vincent.

I’m the father of twins girls who are about to go away to college. I’ve been writing for most of my life, but kept putting off getting serious about it until my wife gave me the kick in the butt I needed. Even then, it took a while before my first novel, a Young Adult/PNR called Vision of Shadows, was first published by a now defunct publisher called Entranced. I was able to get it republished for a time by Silence in the Library and now it’s self-published along with the next two books in the series, Vision of Serpents and most recently, Vision of Sacrifices. The Audio book of Vision of Shadows was also just recently released. I also put out a New Adult romance Just Breathe which has sold about 10k.

My focus right now is my new book, Torn Away, which in submitted to Kindle Scout, which is an affiliate of Amazon Kindle. It gets a 30 day campaign (Mine started April 3rd and goes to May 3rd.) Readers can read a sample and nominate it for publication. If Kindle Scout decides to publish Torn Away, everyone who nominated it will get an advance copy for free.

I think Torn Away is my best novel yet, and it won 1st place in the Saratoga RWA Great Beginnings contest this past February.

Please vote for it here: https://kindlescout.amazon.com/p/2L5L5H19QUEGM 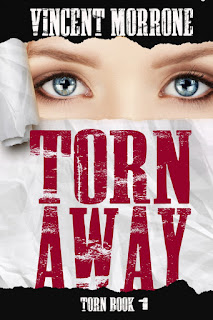 When his sister is killed, Drew Duncan must come back to his home town to protect her young son and find her killer, or else he may lose the rest of those he loves.

Blurb:
After being acquitted of the murder of his high school girlfriend, Drew fled his home town of Ember Falls and never looked back. With a past full of abuse at the hands of his father, and the shame of leaving his two sisters behind, Drew vowed to become a man who saved others.

A decade later, he’s a decorated Marine and works for a private company to save and rescue those who need it when his sister, Kelli, reaches out to him. She’s left an abusive marriage and needs Drew to return home to help her and her young son, Cole. Only by the time Drew comes to aide, Kelli’s been murdered, and he’s the prime suspect for a corrupt town.

All of Drew’s fears come flooding in as he returns to Ember Falls to care for Cole, and try to repair his broken relationship with his only other living sibling. But with help from two town cops, the site where Kelli’s body was found tells Drew there might be a serial killer in Ember Falls, and the entire Duncan family is next on his list.

Drew must piece together a decade’s worth of secrets in time to save his family, or his nephew and sister will be the next victims of a killer no one even suspects 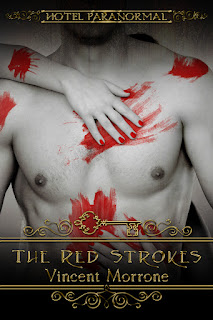 I’ve got a lot going on, but my main focus is the sequel to Torn Away, called Torn Apart. (It’s planned as a 3 part series.) I was recently at a writer’s retreat for my local chapter of RWA and brought the first chapter for a critique. The guest speaker, Kat Doran, the retired senior editor from The Wild Rose Press was very impressed. She told me she had one word for it. “Wow!”
I’ve also got a novella I’m polishing that’s going to be a part of an Anthology Series called The Hotel Paranormal. (That’s the series name.) My installment is called The Red Strokes.
The Hotel Paranormal is the place for supernatural beings looking to get away from it all, existing in a plane separate from our mortal world, but connected through doorways in all major cities. Beings like werewolves, vampires, elves, sprites, djinn and more check in for business and for pleasure -- and sometimes for both. The Hotel has unparalleled style and is equipped to meet its guests special needs.

I usually write in my recliner in the great room with either my Old English Bulldog or my Boxer curled up between my legs. However, like many authors, I’ll take my laptop almost anywhere to write.

Absolute Write Water Cooler: a great place for writers to get advice, brainstorm, read about editors, publishers, and agents and so much more.