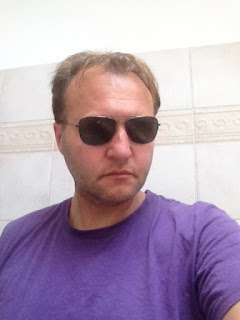 Tell me about yourself, Nik.


I'm 40 plus now. I was born in Kiev, Ukraine, then - USSR. When the enormous country started to crumble politically, economically, territorially, I didn't see that much sense in staying put. Having an opportunity to leave for Israel as well as appetite for adventures (who doesn't at the age of 17?), I immigrated to the Mediterranean's at the age of 17. I was lucky enough to be admitted to the law faculty at Tel Aviv University, where I spent few excellent years. Not studying that hard, but rather partying, travelling, playing cards and indulging in other foolishness of the YA. As I had to finance tuition as well as living I worked hard both before and during the uni. At some jobs I didn't stay for long, but I washed dishes, operated embroidery machines at textile factory, worked as a pool boy in a hotel, as a janitor at basketball arena, as a cashier, bouncer and shift manager at a student night club. I might've even forgotten few more occupations.

After passing my Bar exam, I saw a good business opportunity in now independent Ukraine, which had a great potential, but lacked even most basic things, amenities and business heritage.

In the legal sphere I'd established a law office in Kiev with local and Israeli partners, while on the business side I worked for an international business group, specializing in emerging markets. Although engaged mostly in real estate projects, I had to a lesser degree dealt with privatization, defense, telecommunications and other spheres in Ukraine, CIS and Eastern Europe in general.

As my girlfriend and later - wife stayed in Israel all along, I used to live for some years on the plane between Israel and Eastern Europe.

In 2005 I 'returned' to Israel, but still every once in a while traveled to Ukraine to supervise the law office.

When his brother is kidnapped, Michael, the Oligarch, needs to disarm the trap within 48 hours or turn himself in at the Red Square in Moscow.

Mortal Showdown is an action - packed, snappy sequel to "Rise of an Oligarch", sending the reader on a kaleidoscopic race through violence, sex, drugs, scamming and anti-scamming, political upheaval and murder. 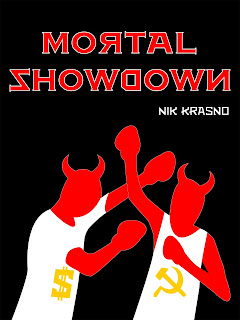 Michael (Misha) Vorotavich – a Ukrainian oligarch who was rapidly climbing the Forbes rich list, wakes from a coma caused by an assassination attempt, and realizes that he's in the thick of a multilayered attack on him and his business empire. Betrayed by parts of his inner circle and stripped of his most lucrative assets, it appears that Michael’s position of power and influence is all but over. Among his numerous adversaries is one of Russia’s most influential strongmen, which renders slim Michael's chances of survival. Given no time to prepare or even to grasp what's going on, he first needs to facilitate the release of his kidnapped brother.

From rich and powerful, Michael very quickly turns battered and fugitive. Counting on his wits and a handful of loyal associates, he searches for a way to outwit each of his opponents and extend his support to his country, attacked in the meanwhile, to save her from the Russian bear’s grasp. You may love or hate him, but you will struggle to stay indifferent to this controversial character. Powerful, violent, sarcastic and a cynical son-of-a-bitch, Michael is also a thoughtful, almost philosophic character, loving family man, a true friend, patriotic citizen and a complex and charismatic man.
In order to have the slightest chance in a face-off with his prime nemesis, Michael needs to attack head on, undertaking the greatest risk of his entire life. Unfortunately, the dangerous mission goes wrong from the very beginning...

With Russian-Ukrainian confrontation at the background of the story, and violent and suspenseful scenes taking place around the globe, you just need to free up an evening, switch off your cellular phone and place some snacks and drinks (goes well with beer, vodka, single malt scotch & absinthe) within easy reach as you immerse yourself into this violent, transgressive, outrageous, incredible story.

A sequel, of course, that shall conclude the trilogy (at least for the time being), since after the third installment Michael would need to become 'galactic' instead of 'global' and that's science fiction that I don't do -:)

Just to give its general outline:

Michael is already the richest person on Earth; but those who helped him to make the last leap, have their own plans and ambitions, where Michael is not exactly the prime beneficiary. Discovering that the global architecture is somewhat different from how it's perceived, Michael needs to make a choice whether to play along the rules or try to change them. Those who met Michael in previous installments would have no problem to guess what Michael's choice would be -:)

Water from a cooler - not too sexy, I know, but at least - truthful. But I'll tell you what - the most interesting ideas come as an aftereffect of the drinks from the night before - red wine or any of "glen-..." whiskeys is not bad for a "hangover inspiration".

Now it's Goodreads - so many colleagues and so many POTENTIAL READERS! Just need to figure out how to best present my work and gain visibility. Other than that I check regularly sports (primarily - soccer & boxing) and Israeli and Ukrainian news.