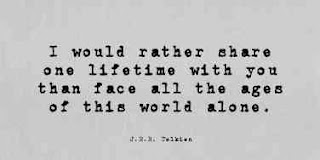 Writing is an occupation in which you have to keep proving your talent to those who have none.
—Jules Renard

Amateurs sit and wait for inspiration, the rest of us just get up and go to work.
—Stephen King

The highest duty of the writer, the composer, the artist, is to remain true to himself and let the chips fall where they may.
—John F. Kennedy

Pay no attention to the man behind the curtain!
—L. Frank Baum

Right now—whether you're in writing courses getting "paid" in credit for writing, or burdened and distracted by earning a living and changing diapers—figure out how to make writing an integral part of your life.
—Janet Burroway

A story happens when two equally appealing forces, or characters, or ideas try to occupy the same place at the same time.
—Amy Hempel

Writing is not about the voices in your head, but the voices that make the great leap to the page.
—J.H. Glaze

Just keep moving forward and don't give a shit what people think. Do what you have to do for you.
—Johnny Depp
Posted by Marty at 7:36 AM