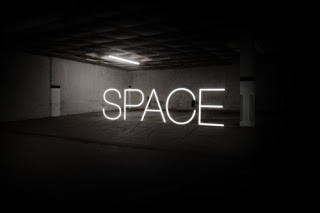 I think it’s terribly dangerous for an artist to fulfill other people’s expectations. They generally produce their worst work when they do that.
—David Bowie

The most important lesson in the writing trade is that any manuscript is improved if you cut away the fat.
—Robert A. Heinlein

Don't say it was “delightful”; make us say “delightful” when we’ve read the description.
—C.S. Lewis

Write it, damn you! What else are you good for?
—James Joyce

I don't believe in writer's block or waiting for inspiration. If you're a writer, you sit down and write.
—Elmore Leonard

First requirement of the writer is the ability to concentrate for long periods of time. Second...the wish to do so.
—Joyce Carol Oates

Ah yes, the head is full of books. The hard part is to force them down through the bloodstream and out through the fingers.
—Edward Abbey

The terrible thing about being a writer is that you don’t decide to become one, you discover that you are one.
—James Baldwin

Talent is cheaper than table salt. What separates the talented individual from the successful one is a lot of hard work.
—Stephen King

The only way you can write is by the light of the bridges burning behind you.
—Richard Peck

Grammar is a piano I play by ear. All I know about grammar is its infinite power.
—Joan Didion