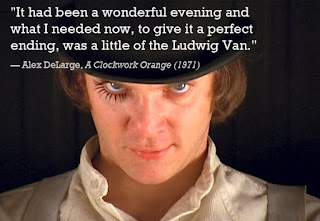 For centuries we have been building a civilisation of Gold and Steel! What has it given us? Peace? Understanding? Happiness?
— Metropolis

Time travel used to be thought of as just science fiction, but Einstein's general theory of relativity allows for the possibility that we could warp space-time so much that you could go off in a rocket and return before you set out.
--Stephen Hawking

The most watched programme on the BBC, after the news, is probably 'Doctor Who.' What has happened is that science fiction has been subsumed into modern literature. There are grandparents out there who speak Klingon, who are quite capable of holding down a job. No one would think twice now about a parallel universe.
--Terry Pratchett
Posted by Marty at 7:23 AM