A bit about me… Hmmm, I’m a retired Scientist/Engineer that used to get paid to play with cool toys. I’m kinda the hot-rodder type, but rather than hot-rodding cars, I worked in quantum gravitational physics (I really came within an order of magnitude of creating a black hole once, and nearly vaporized five years of work, and several of my friends in the process … I’ve got witnesses too, so I swear it’s true) .

Generally speaking, I like to stay outside the box (there’s a dead cat in there … or if he’s not dead, he’s pissed as hell at Schrodinger, and I don’t want to be the one to tangle with him … plus I am not really a cat person anyway).  For most of my career, I worked far from “mainstream accepted science,” and even though I didn’t act like one of those hair-brained inventor types, those stuck in the sagging edifice of convention probably would have thought me one …

Ok so you know, because of the way Stormhaven Rising and the other two books that follow are written, I have a huge cast of characters, and even my “bad guys” are not really bad guys… so I can’t clearly pick a single protagonist. 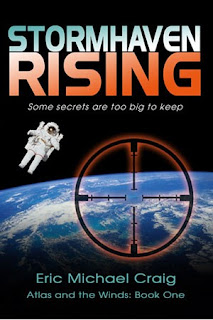 Now that probably sounds a little fluffy doesn’t it?  In truth, while there are some light hearted moments, this book digs very deeply into the idea that if we were to face something like an impending asteroid strike, we’d likely not pull together to fight it.  Most of the key players in this story are bound by ideological walls (and technological incompatibilities) that make it almost impossible to rally around the common need. The US and China both have plans to defeat the asteroid that are worlds apart (although both of them are viable solutions) but for either side to help the other, it would take the one thing that neither has.  TRUST.

Ultimately as the story progresses through the first two novels in the series, the ball is fumbled, intercepted a couple times, and, well … there is no Bruce Willis to blow himself up and save the day.  If they can’t do it for real, then the story ends up like Hamlet (He Dies, She Dies, Everybody Dies Dies). Fortunately, hope dies hard.

I am finishing Book Three in the Atlas and the Winds series (Shadows in the Flame) and hope to have it out by late spring.  I also have a standalone novel that deals with a first contact situation that I’ve been simmering that might leap forward for a September release.  Then there is another book that I planned out most of a year ago that is the prequel for a potential TV series concept, and that might be done by the end of the year (Yeah I know writing the prequel first is a novel idea isn’t it?).

Tau Ceti Six.  The Coronal Aurora have been spectacular for the last ten years and they tend to inspire me to poetic prose.

Actually I write at my computer.  I have a laptop but I only use it when I have no choice. I live in my cave with my supercomputer … My roommates slide pizza under the door, and my dogs clean up anything I drop or leave uneaten.  Dogs are like a omnivorous Roomba.  I never have to clean up anything but dog hair that way.

Go big, or go home.  It is essential that indie writers hold the bar high.  If you act and work professionally, you become professional.  If you write as a hobby or approach this like art, you need to depend on being discovered to succeed.  Work it like a business and you will profit like a business. It takes being relentlessly driven and focused to make it.
And finally, you have to get out there and sell yourself.  You can write in a cave, but you sell in the sun.

I don’t have a favorite site.  I have favorite tools I use online, and I have websites I follow in order to keep up on science and technology (being technologically bent as I am), but when I am not writing or researching, the internet is not a playground for me.  I like to get out and wrestle the wilderness, or play with my dogs rather than play with the web. 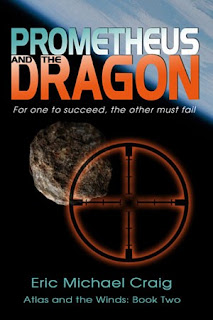 To me the internet becomes a black hole, and I try not to orbit too close to the event horizon.